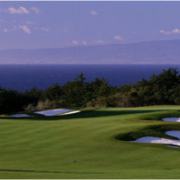 Bayonet and Blackhorse Golf Club, located on the famed Monterey Peninsula, is situated on the former Fort Ord military installation. First developed in 1954 by General Robert McClure, Bayonet Golf Course comprises 7,104 yards of oak and cypress-lined fairways. Black Horse was designed in 1964 by General Edwin Carnes. As it exists today, Black Horse is noted for its long rolling fairways, “championship golf tees,” and alluring panoramic views of the Monterey Bay. After the base closure the Bayonet and Black horse Golf Courses were subsequently purchase of by the City of Seaside with funding provided by BSL Golf, which had entered into a public private partnership agreement that allowed BSL to manage the courses for profit for thirty years. Were able to secure the design and entitlements for an approximate 250 acres to provide 80 timeshare, up to 300 hotel rooms, and 100 single-family residence on a site adjacent to and contiguous to Bayonet and Black Horse Golf Course. Under the management of BSL, Bayonet and Black Horse gained increased recognition and quickly emerged as popular public and championship courses and continue to hold their place amongst the best golf courses on the Monterey Peninsula. Both courses are steeped in rich tradition and have played host to PGA tour greats such as Palmer, Nicklaus, and Watson, as well as several U.S. Presidents and foreign dignitaries.